Did you know we have an international section? Click here to read our news in your english!
X

#Dr Iddi Ziblim, the Deputy Minister of Tourism, Culture and Creative Arts, has called on Ghanaians to collectively embark on a serious drive on domestic tourism by promoting our culture.

« Let us consciously promote our culture by translating the inward sentiments into an insatiable craving for made in Ghana goods and services. We sincerely believe that that is the right way to go if we want to achieve our economic objectives.

« Craving for foreign goods and services would only turn our fortunes around and enrich foreign markets, » he said.Dr Ziblim made the call in an address at the Greater Accra Regional Festival of Arts and Culture (REGFEST 2018) at Amasaman organised by the Ga West Municipal Assembly with the theme: « Empowering the Youth through Culture, Tourism and Creative Arts for Employment and Wealth Creation. »The REGFEST are organised biennially as a prelude to the National Festival of Arts and Culture (NAFAC), which serves as the opportune time for each region to select the best performers and artists to represent the region during the NAFAC.

The NAFAC 2018 comes off from November 15 to 24, where all the ten (10) regions would represented in Koforidua in the Eastern Region to celebrate and portray their unique culture to the outside world.

Dr Ziblim said the country abounds with numerous cultural, historic and tourist sites whose dependable variables were spearheaded by our culture.He said over 633,000 Ghanaians were projected to embark on domestic tourism this year with a projected income of GH¢1,900,533.58, adding; « this is a very significant development as we promote domestic tourism, as well as generate income that will boosts up the country’s economy. »He said international tourism visitations or arrivals in the country was expected to be over 1,600,000 with a corresponding foreign income of about US $3,037 million and one of the major contributing factors to this great achievement was the uniqueness of Ghana’s culture.« Our culture serves as an epitome of peace and tranquillity. It is a culture devoid of chaos and mayhem and it is a culture masked with respect for the elderly, honesty and truthfulness. Our culture is characterized with national unity in cultural diversity. It promotes tolerance and respect for all the ethnic differences and therefore abhors segregation. Our culture promotes effective social control and cements brotherhood. Our culture has always been a binding factor, » the Deputy Minister said.Mr Ishmael Ashietey, the Greater Accra Regional Minister, said the country possessed an extensive array of tourist attractions which included the UN Heritage Sites, Forts and Castles, ancient mosques, slave trade artefacts, indigenous craft villages and various wild life sanctuaries.

He said the government would focus on transforming the country into major conference and exhibition centre to expand the tourism sector to become a revenue-generating sector that provided safe, memorable and enjoyable experience for tourists.

Mr Ashietey said culture was the very foundation of society and a country’s strength, and that Ghana has the richest and most vibrant cultures in the world.

« Our food, our languages, our music, our fabrics, the rich colourful kente cloth, the smock and the Adinkra symbols are some of the distinctive symbols of what identifies us and gives us the confidence in ourselves.

« We are giving the arts and culture industry the requisite attention and incentives and to also create jobs and wealth for our people, » the Regional Minister said.

Mr Ashietey urged traditional institutions and other allied institutions to inject some form of dynamism into the Ghanaian culture and arts to reflect modern trends, because arts in general had over the years been developed in many parts of the world as an indispensable part of society. 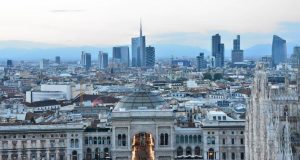 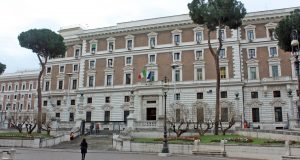 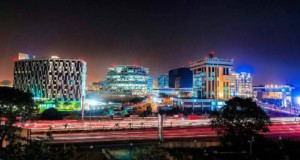